You are here: Home > Stromboli 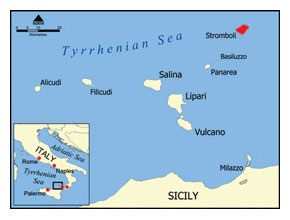 ‘A black giant’ stands out imposingly against the intense blue sea.

For thousands of years the volcanic cone with its ‘spurts’, as the roars of the explosions are called, has been like a lighthouse for mariners. For those who approach the island, as soon as darkness begins to fall, the flame of the volcano becomes visible at 15/20 minute intervals. A timorous respect is commanded by this young volcano of 100,000 years, maybe unique in the world for its three mouths in continuous explosive activity, among the highest in Europe, 2,400 metres from cone and base: ‘A 5-star volcano’.

We can let you in on a secret: the many photographs you see in books of the volcano in eruption, with enormous tongues of fire, are often obtained with a particular technique.

In the island of Stromboli, probably the more evocative island of the aeolian archipelago, Rosangela rents houses comfortable,much panoramic. See…

This stunning Strombolian house comprises one reception room and two bedrooms for 5-6 sleeps.  All the rooms are traditionally furnished, they…

The hotel MIRAMARE, the most ancient hotel in Stromboli, was inaugurated in 1928 and since then it receives its guests’ ample appreciation. The…

The camera is left on a tripod, with the aperture open all night, so all the lava which comes out every 15 minutes is recorded on the film. The inhabitants have lived with the roars of frequent eruptions for at least three thousand years.

The island was initially a farming colony of Lipari and inhabited only at sowing and harvest time. Then around the 16th century, the first human settlement was established in contrada San Vincenzo, behind the church. The development of the island is linked to the sea. Stromboli was a stop-off for those crossing the Tyrrhenian. The myth of Aeolus, who controlled the winds from here, perhaps comes from the ability of sailors from Stromboli to tell the direction and strength of winds from the smoke of the volcano.

In the 1800’s the island had a fleet of 65 sailing ships in the Mediterranean, which connected Sicily with Naples.

The introduction of steam ships and the opening of the railway from Naples to Reggio Calabria sent the island’s economy into crisis. To add to the difficulties there were violent eruptions and a sea-quake in 1930 with 30 metre high waves which caused most of the population to flee.  From 5,000 in the early 1900’s the population has declined to 400, also because of emigration to Australia. Then, as for Vulcano, a film rekindled public interest in Stromboli.

In 1949 the director Roberto Rossellini made ‘Stromboli’ with Ingrid Bergman. In Via Vittorio Emanuele there is a plaque which shows the house where the two had their love affair. In the last 40 years some new inhabitants have arrived from Campania and Sicily. In summer there are numerous commercial activities thanks to the visitors who have changed the traditional character of the community. Stromboli, for the ancients Strongyle (round), has two landing-places. The first, Pertuso, (Pertugio) is on the south-western side, in the village of Ginostra. Here the hydrofoil stops off-shore and a boat carries you on land. It is the smallest natural port in the world, big enough for just one boat.The second, to the east, more convenient but less romantic, is the Scari (port) of the village of San Vincenzo. From here to Ficogrande and Piscità there is a series of beaches of pebbles and fine black sand, typical of the island.

On all the other islands the evening is spent in conventional ways, an aperitif, dinner, the disco, but on Stromboli there are also other possibilities. Every evening, groups of people meet up, adequately equipped, to climb up the volcano, coming back down at 11 pm. A guide is obligatory if you want to reach the Pizzo at an altitude of 900 metres. Others board boats at Scari to go under the Sciara del Fuoco and watch from the sea the spectacle of incandescent rocks. When there are violent eruptions, as happened in 2003, the flow of lava slides down the slope and ends up in the sea giving off great columns of steam. Others take part in the night’s squid fishing or dine, either on a boat, or at Ginostra, and come back very late.

This is not a fashionable island, but you can certainly find special things to buy. We beging by Krilù, at Scari, for news paper, books and postcards. The boutique Gioacchino at Ficogrande is the best and most popular on the island. There are cool linen garments and popular pictures painted on glass by the German artist Jurgen Werner and ceramics of Caltagirone by Alessi. At Ficogrande Magma with jewellery in turquoise coral for the summer. On the same street  you will find: Il Solleone for costume jewellery, clothing and craftwork, the Nave in Piazza for books, clothing, and numerous other objects, I Tesori di Eolo for jewellery in ‘pietra lavica’, souvenir, clothing and craftwork. 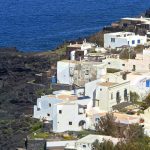 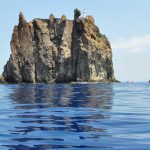 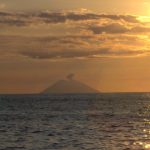 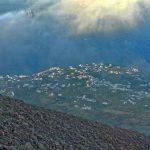 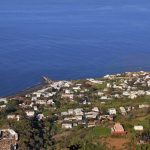 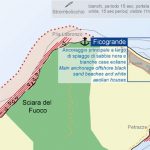 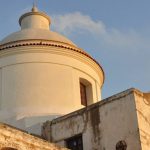 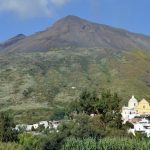 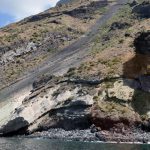 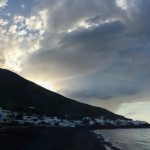